praxis Competitions / Calls for Entry
Subscribe to our monthly email

Altar, Shrine, Memento - These terms are often used interchangeably. They may be as simple as a tiny matchbox or a Sacred Circle — or as elaborate as the Taj Mahal. Altars and Shrines have been created in nearly every culture and place where humans have lived. On a very personal level, they may be about solitude, reflection, and memory, but they may also be whimsical or even gaudy. The trappings of mourning and loss are the external representations and expressions of interior dialogues, offering a tangible form to our thoughts and memories - NYX

Praxis Gallery seeks artwork from Artist Members using an “Altoids” tin box as the basis for a shrine  containing artifacts, objects, photos, lens-based and collage art (just to name a few possibilities). All interpretations of this tin can shrine concept are welcome.  Artists are asked to submit photos of their shrine by the deadline. Eighteen shrines (the physical object) will be selected  to be shipped to Praxis for exhibit.

Praxis Gallery seeks the submission of photographic art that investigates the genre of the Still Life. Submissions may explore classical to conceptual aspects of the still life, photographing object arrangements that intrigue, engage or entertain the viewer. All genres, capture types, color and black & white, traditional, and non-traditional photographic and digital post-production processes are welcome for submission 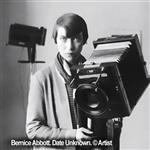 As women “camera operators” (a 19th century term for photographers), aren’t we all struck by light?

Since the beginnings of photography in the mid-nineteenth century, women have had prominent roles as artists. The popularization of the medium in the first decades of the twentieth century met with a confluence of social forces, including art and activism, that expanded opportunities for women in both art and public life. Working in a range of styles, pioneering artists like Anna Atkins, Imogen Cunningham, and Berenice Abbott forged independent perspectives that changed how we picture the world. [CMOA]

Since the beginning, female identifying artists - especially women of color - have been underrepresented in the photographic gallery space. Praxis Gallery seeks the submission of photographic art created by or about women who identify as ‘image-makers.’ This open themed call invites submissions from all women, including trans women and femme/feminine-identifying, genderqueer, and non-binary lens-based photographic artists. All genres, capture types, traditional and non-traditional photographic and digital post-production processes are welcome for submission.